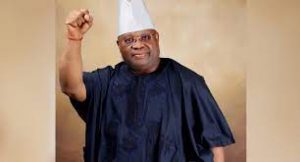 Ademola Nurudeen Jackson Adeleke is a politician from Nigeria and a former federal lawmaker who is currently 62 years old. He was born in Ede, Osun State, on May 13, 1960. He comes from a well-known and powerful family in Ede, which is part of the Ede Local Government Area. He represented the Osun-west district as a senator from 2017 to 2019.

His father, Raji Ayoola Adeleke, is a Muslim, while his mother, Nnena Esther Adeleke, is an Igbo-Christian. The late Mr. Isiaka Adeleke and Adedeji Adeleke, a billionaire and business tycoon from Nigeria who is also the president of Adeleke University, were Ademola’s older brothers. He is his parents’ third and last kid.

Following his relocation to Old Oyo State, Adeleke attended Nawarudeen Elementary School in Ikire after beginning his primary education at Methodist Primary School in Surulere, Lagos State. Before moving to the United States, he completed his secondary education at Ede Muslim Grammar School after moving on to The Seventh Day Adventist Secondary School, Ede, also in the then-Old Oyo State. He joined his two other older brothers in the US when he departed Nigeria to finish his studies.

In the United States, he began his higher education at Jacksonville State University in Alabama, where he majored in criminal justice and minored in political science. He returned to school and enrolled at Atlanta Metropolitan State College in the United States after a considerable controversy that surrounded his educational background. In 2021, he graduated with a Bachelor of Science in criminal justice from Atlanta Metropolitan State College. 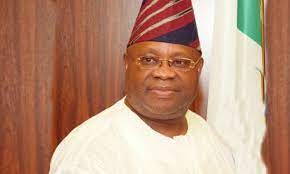 Adeleke is a businessman and administrator. From 2001 until 2016, he served as group executive director at his brother’s organization, Pacific Holdings Limited. Ademola had previously served as a service contractor with Quicksilver Courier Company in Atlanta, Georgia, US, from 1985 to 1989 before joining Pacific Holdings Limited. From 1990 until 1994, he served as vice president of Origin International LLC, an Atlanta, Georgia, US-based manufacturer of flavors and fragrances.

Adeleke is a philanthropist and active member of the community. Together with his late brother, Senator Isiaka Adeleke, who passed away in April 2017, Adeleke began his political career in 2001. After his brother passed away in 2017, he ran in the Osun West by-election and won under the People’s Democratic Party. On July 23, 2018, Adeleke defeated Akin Ogunbiyi by seven votes to win the PDP’s nomination for governor of Osun State.

Adeleke was accused and charged with fabricating his secondary school testimonial and WAEC results to withdraw his governorship candidacy before the Osogbo high court. The declaration Adeleke made on behalf of Ede Muslim Grammar School, Osun State, to INEC on July 20, 1988, was made at a time when Osun State was not yet a state. Additionally, the SSCE results mentioned in the testimony demonstrated that the examination format wasn’t in use in 1981. Another letter from the Heading Ede Muslim High School, this one from 2018, states that the principal who signed the letter in 1988 also signed the letter in 2018, which resulted in the principal’s incarceration. Adeleke’s defense attorney asserts that Adeleke’s secondary school has not publicly refuted his testimony, requesting the court to dismiss the case. In its ruling, the court stated that the plaintiff could not establish Adeleke’s forgery. Witnesses testified in court that Adeleke was not present in the examination room. One of the witnesses claimed that he would have been easy to recognize because he is well-known. 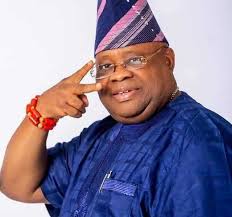 On September 22, 2018, Adeleke ran for governor of Osun state under the PDP against prominent competitors, Alhaji Gboyega Oyetola of the APC and Iyiola Omisore of the SDP. The Independent Electoral Commission (INEC) pronounced the election inconclusive and scheduled a rematch for September 27, 2018. After the run-off, the APC candidate, Oyetola, was crowned the victor. Adeleke denounced the outcome, calling the election a “coup.”

The Abuja-based tribunal announced Adeleke as the election’s victor on March 22, 2019.

On Friday, July 5, 2019, the Supreme Court subsequently determined that Gboyega Oyetola was the legitimate victor of the 2018 Osun State governorship election.

Ademola Adeleke is the uncle of well-known musician Davido and the father of five children, among them B-Red. Due to his dancing prowess, he earned the moniker “Dancing Senator.”

Read Also: 10 simple steps to becoming a millionaire in 2022

Ademola Adeleke received a majority of the votes cast in the governorship election in Osun State, and the Independent National Electoral Commission proclaimed her the new governor of the state early on Sunday.

Adeleke’s triumph came almost four years after he narrowly lost his ambition to become the governor of Osun State.