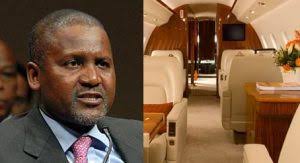 In this part of the world, we have been wired to believe that people succeed overnight, or as a result of luck or some spiritual impacts that cannot be comprehended. So, all we do is pray for the spirit of money and wealth to rest on us. As much as this is good, it is not always the case if hard work and some other parameters are not in place.

Meeting people of high caliber positions you for opportunities to start relationships that will be enormously profitable. These are not people you meet casually, and you allow them to go just like that. You should be able to point out at least one major change that meeting such people brings about in your life, if you were given such a privilege.

Many people would be dumbfounded at first, and would just miss out on such rare privilege. Some people would actually misbehave and throw away the opportunity, just because they’re not coordinated. In order not to flop when such an opportunity comes, you don’t have to wait till they come before you prepare.

Part of your journey to becoming rich and successful, is to meet a few people who have been, and network with them. Aliko Dangote is a human like you, the only difference is that he works hard and makes good choices with money. When talking with a millionaire, there are clichés people make, and there are red flags they send too, that make the millionaires never want to meet them again. Below are some things you should avoid and do if you ever had the privilege of talking to someone like Aliko Dangote:

It is not unlikely that you will tend to be over excited at first when you see him in the same plane with you, but you shouldn’t throw away your good behaviors. You will be nervous at first, but it’s understandable. You can be joyous and still manage to be organized. You don’t jump to hug such a person at first sight, especially when you do not have any relationship whatsoever with him before.

Many people look forward to having this kind of opportunity, and when asked what they’ll do when they meet someone like Aliko Dangote, they wave or off because they actually don’t know how they’ll behave. No one teaches you how to speak with a millionaire, or make a good first impression. You never can tell, the relationship might transcend the 45 minutes on the plane, and can be a stepping stone to your success in business and life.

One important rule you should note is to avoid talking about money. Asking someone how much money they make sounds rude, no matter how innocent the intentions may be. By asking such a question, it looks as though you’re only concerned about his money. And he might actually feel insecure with you, because having a lot of money makes you a prey for those trying to use you for wrong motives.

From another point of view, the amount of money he makes does not concern you. It would only make you stunned, because you already know he makes a lot of money. Moreso, asking about his money makes him see you as one who lacks value for important things. You’re meeting him for the first time, and the only question you care to ask about is his money, he would only think lightly of you. 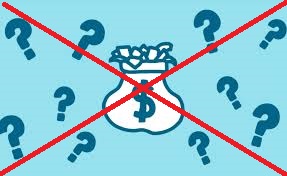 Meeting Aliko for the first time is not the best time to complain about being broke. He is comfortable financially, so when you begin to talk about your own finances, he sees it as a deal breaker. He might have the thought that if he continues talking to you, the conversation might eventually lead to you asking him for money. You might not see it as a problem but it can make him feel uncomfortable, knowing that he is more financially stable than you.

Even though he has the money to give you, if you ask, but he might be thinking if you actually need the money, or if it’s just going to make you more addicted to people giving you money. Real rich people do not like to sponsor poverty, they want to take you out of it. So, if what you portray is the image of a poor person, you might end up missing the opportunity of having a lasting relationship with a millionaire.

Read Also: Are you looking for Money to start your business? Do these!

Most business owners dream of meeting someone big, a millionaire or multi-millionaire because they have the idea that it will be a golden opportunity for them. They think it is all rich people are willing to sit down to listen to their business idea. It doesn’t work that way. You’re meeting him for the first time, you’re a total stranger to him, so it wouldn’t be comfortable for him to sit down listening to your ideas. He would have heard enough of stranger’s business ideas that he would be sick of it. 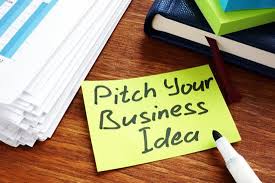 Aliko Dangote is a popular man, and you might have read up a lot about him online. It is even possible that you have read some important, critical details about him from social media. But you shouldn’t make the mistake of talking with him as if you’ve known him in the light of such information gathered from various sources. No matter how much you know, you shouldn’t be tempted to start disclosing them.

It will make him feel awkward hearing personal details about himself from a complete stranger. Have you ever thought that what you see online about celebrities might not be totally true? So, acting like you truly know them when you don’t is a bad idea.