Naira Marley is his stage name which has so much quickly taken over from his real name, Azeez Adesina Fasola. Naira Marley was born in Agege, Lagos State, Nigeria, to the family of one Mr. and Mrs. Fashola on the 10th of May in 1994, making him a 26-years-old popular Nigerian musician. Naira Marley had his early education at Porlock Hall before attending Walworth School, all in the United Kingdom where he obtained his General Certificate of Secondary Education (GCSE). Naira Marley later graduated with a distinction in business from Peckham Academy, also in London, United Kingdom. He also studied business law at Crossways College now known as Christ the King Sixth Form College in London

Naira Marley’s ambition while growing up, and prior to his involvement in music, was to become a voice-over and MC. However, he later developed a passion for music and started singing in 2014. His best friends encouraged him to take his music career seriously which influenced him to release “Marry Juana” in 2015 before his debut Extended Play Gotta Dance. His song which he titled “Issa Goal” featured Olamide and Lil Kesh. The song became a hit song instantly and it went on to become the popular theme song for the Super Eagles of Nigeria during the 2018 FIFA World Cup. Naira Marley sings in English, Pidgin and Yoruba; his music is a blend of Afrobeats and hip-hop. He derived his stage name from Jamaican singer Bob Marley, whom he admires. According to him, his dreadlocks hairstyle is also a tribute to the dead Jamaican singer.

Naira Marley is best known for his controversial slangs “Marlians” and He refers to himself as the Marlians’ president. The word Marlians is allegedly the name of his fans base which is regarded as some form of club or association, him being the president of the fans club. Naira Marley rose to significantly notable prominence in 2019 after the release of his hit single “Am I A Yahoo Boy” and “Soapy” featuring Zlatan Ibile. The song attracted the attention of the EFCC and he was arrested that same day in which the music was released. He was arrested for internet fraud and he was charged to court on 11 count charges. Since then, his name has been a household in the Nigerian music industry. On 30th December 2019, Naira Marley hosted the Marlian Fest which was held at the Eko Hotel and Suites with top musical legend like Wizkid, Davido, Olamide, Phyno, Tiwa Savage, Zlatan Ibile and other top and popular Nigerian artistes. There was also a huge turnout at Ibadan when Naira Marley held the second round of his show “Marlian Fest” at the Oluyole city. The most fascinating moment at the concert was when Naira Marley performed his smashing hit singles, “SOAPY” and “PUTA” back-to-back.

During his interrogation at the Economic and Financial Crimes Commission (EFCC), Naira Marley revealed that he is married to two wives and he has four children. He also revealed how was signed to Marathon, a United Kingdom-based record label. He also claimed to have signed a deal with Coca-Cola for his song, Issa Goal, in which he featured Olamide and Lil Kesh. Naira Marley also went on to secure deals with the sports wears company, Nike, to participate in the Nigerian sportswear 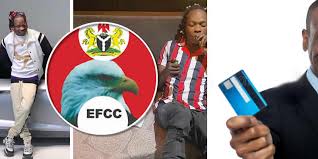 Naira Marley is currently married to two wives and has four beautiful children. His children include 2 girls and 2 boys. Aisha and Simiat Fashola are the joint firstborn twin daughters of Naira Marley. They were born on the 21st of April 2015 and therefore currently 5 years old. These young beautiful girls who bear strong semblance with their father are very identical twins and it’s difficult to tell the difference between both of them. Meanwhile, Josiah Farouq Fashola fondly called “Jojo Marlian” is the first son of Naira Marley who was born on the 30th of October 2015 and he is currently 5 years old. Fawaz Fasola is currently the last-born child of Naira Marley. He was born on the 7th of April 2018, being currently 2 years old. Out of the two wives of Naira Marley, one of them gave birth to his two sons while the other gave birth to his two daughters. Meanwhile, it is worthy of mention that Naira Marley’s two wives are both British citizens, staying in the United Kingdom.

Recently, Afeez Adesola, popularly known as Naira Marley, was all over the news and the internet for being arrested by a Nigerian anti-graft agency popularly known as Economic and Financial Crimes Commission (EFCC). The entertainer is standing trial with the EFCC for his alleged involvement in a fraud, and on an 11-count charge of conspiracy and credit card fraud, preferred against him by the Economic and Financial Crimes Commission, EFCC.

The prosecution through its second prosecution witness, Augustine Anosike, an investigator and forensic expert, tendered an evidence of a CD containing information, analysis and extractions from Naira Marley’s phone. He told the court that the forensic analysis that was carried out on Naira Marley’s iPhone revealed some shocking evidence against him. He said the evidences were extracted and burnt into a CD, alongside some documents that were printed out. The prosecution counsel, Rotimi Oyedepo, presented the documents before the court and urged the court to admit them as evidence.

The defence counsel, Olalekan Ojo, however opposed the admissibility of the documents on the grounds that the CD does not have the proper authentication required by law, and therefore improperly obtained, as contained in the Cyber Crime Prohibition and Prevention Act, 2015. Mr. Ojo also argued that there may have been interferences while the documents were being produced at the forensic lab of the EFCC. He finally submitted that the CD does not bear any name, title, department, but a signature that can’t be authenticated. So, he urged the court to dismiss the admissibility of the documents.

There have been legal arguments as to whether the arrest of Naira Marley was legal or illegal. However, what is clearly obvious was the fact that EFCC got on his case after he released his popular hit song titled, “I Am A Yahoo Boy!” Meanwhile, following a bail application by Naira Marley’s lawyer, Mr Olalekan Ojo (SAN), the court had granted him bail in the sum of N2 million while a new date was fixed for the hearing of the case. 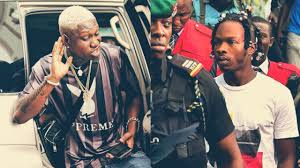 While a large percentage of people has frowned at the Marley’s support of internet fraud through his music, others have created arguments to support the artist’s assertion. The argument basically is that the engagement in internet fraud and scams is an upshot of the failing and corrupt Nigerian government which has siphoned the national funds and especially has refused to create jobs to fill the hands of most Nigerian youths – who for the most part engage in internet fraudulent activities, Internet fraud and scams – and are thus perceived as an effect of a cause, and the argument is that the cause of the problem (government’s corruption) has to be resolved in order to stop internet fraudulent activities as perpetrated by some Nigerian youths. The argument postulated by Naira Marley himself is that internet fraud and scam is a way of getting back to the west, who are responsible for the slavery of the Blacks, and theft of their resources, which explains why Africa doesn’t seem to be rising even though it has all it takes to prosper.