Industry updates, employee attrition, and the general state of the economy create changes that affect businesses all over the world. Whether it occurs due to new policies, a turnover in management, or a company merger or acquisition, change must be embraced for businesses to evolve. Not every company, manager, or employee is receptive to change, but recognizing and evaluating the current challenges in your business viz-a-viz the future trend in your industry can make changes easier to weather. 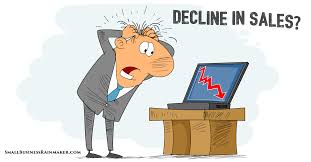 One of the most powerful driving forces of change in the business space is technology – and another significant and current driver of change in the business world is the Covid-19 pandemic. For years, many businesses and startups have been experimenting with and implementing scenarios of working remotely. Email, texting, web-based videoconferencing, and the growth of electronic documents allow more employees to do their jobs from home. Meetings, conferences, and social events are now occurring with regularity, and more of these are now being done virtually – in both business and government circles. We now live in a society that is being driven by digital technology, and such is the impact of technology that there are countries today where citizens don’t have running water, but they own smartphones. Digital marketing has an incredible influence on people’s interactions, work, purchases, and life habits. As such, companies today need to have a firm grasp on how to utilize the digital universe to maximize their brand awareness and impact. In this blog, we look at some types of businesses that have been badly hit by the changes that technology has brought.

Newspapers are disappearing — it’s practically now very obvious, as the newspaper industry has seen more than a decade of declining revenues, circulation, and public interest in print journalism. Since 2009, many major national dailies have been affected, with a few gone bankrupt, and many have drastically reduced operations.

Employments domiciled in the newspaper industry are now seriously challenged, with many employees and staff being laid off year-in, year-out since the advent of the internet. What is the problem? With the advent and nature of the internet, information and news are now everywhere. And what used to be breaking news when published in newspapers 24 hours after it happened now hits the internet in real-time – as it is happening. This technological change has brought a drastic reduction to the consumption of print media over the years – and newspaper companies are some of the majorly affected businesses.

Here’s one thing you probably know about by now, especially if you are one of those people who usually rented VHS and VCDs when these were in vogue. Online streaming almost immediately made the neighborhood video rental store obsolete. Furthermore, many of the people who either owned/managed such video shops or were employed there lost their sources of livelihood with many such outlets already closed for operations. The majority of rental stores that were opened in different parts of Lagos and other parts of Nigeria are now closed, while not coincidentally, revenue estimates for video streamers continue to rise higher and higher.

For decades, cable companies enjoyed a monopoly over television entertainment. With the advent of 4g data networks which has made it possible for people to use high-speed internet and start streaming video entertainment via another medium into their homes, cable companies realized they needed a new game. The truth is, with high-speed internet, you can stream high-quality entertainment free online. The quality of services like Netflix, Hulu, and now YouTube TV became so good, in fact, that more people started dropping the “cable” part of their cable television package. When you can watch TV on your computer, what’s the point of cable TV?

Until recently, it was the cable that drove much of the entertainment industry’s bottom line. Those networks printed cash for the conglomerates, which is why the parent firms were so eager to build up their suite of channels. Cable paid top dollar for movie packages and off-network broadcast shows, further enriching the ecosystem. But now, with the pandemic issue and the disruption of streaming, signs of trouble emerged.

The decline of cable isn’t a new story, but what has started to take hold is a change in a narrative inside the industry. Rather than try to prop up what they all know to be an already decaying business, cable executives are instead focusing on their still-healthy intellectual properties and the brands behind them. Some of those cable brands are even aiming to carve out space in the streaming world, like FX on Hulu, National Geographic on Disney Plus, and the Turner team’s involvement in HBO Max.

Read Also: 5 Most Visited Websites in Nigeria and what that means for Business Decision Making

The cinema is more than just a business. It is an entertainment environment that brings people together. The big screen, a bag of popcorn, and booming sound effects provide an escape that appeals to people of almost any age. Going to the movies is an economical, leisurely activity that keeps bringing people back and therefore can be a profitable business through ticket sales, concessions, and rental income. However, since the covid-19 pandemic broke out, certain businesses that thrive on pulling a crowd, and on physical contacts between persons began to suffer as many people are avoiding public places for the fear of contracting coronavirus. The film/cinema and entertainment industry, in general, has experienced substantial negative impact; movie theatres have been shut down, art exhibitions, movie premiers, and musical concerts have either been canceled or postponed. In fact, the multi-billion-naira worth of deals has been lost in the sector.

In the United States, the COVID-19 outbreak has sparked a dramatic first for the movie industry: movies are being made available at home at the same time they’re available in theaters. According to CNBC, the distinction between a theatrical and a digital release is disappearing as theaters shut down. This could fundamentally change studios’ leverage in negotiations with theater chains, permanently alter consumer behavior, and raise the bar significantly for going out to the movies. According to the New York Times, big studios in the United States are gobbling each other up as smaller movies struggle and even name-brand titles tank at the box office. Netflix is revolutionizing the way people watch films, while major new streaming services from Apple, Disney, Warner Bros, and other studios are coming soon. And every aspect of the movie industry — from the diversity of its storytellers to the spoils of Oscar season — is being called into question.

Other major industries with declining revenue

Since the pandemic broke out, many industries are feeling the heat of declining revenue more than some others. Generally, the following industries are known as those which are currently receiving the biggest blows from the pandemic and the situations created by it: