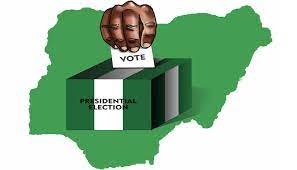 Elections in 2023 will have major consequences. Politicians are already traveling the length and breadth of the nation, shadowboxing their way through a variety of policy debates, even though the election is still six months away and the campaigns have not yet begun in earnest. While avoiding any direct confrontation with their opponents, they are pretending to deal with the plethora of issues that the post-Buhari era would bring.

The elections will matter because Nigeria is at a turning point and is still plagued by monsters that many people believed had been banished long ago. Muhammadu Buhari’s seven years in office have brought out the worst in Nigerians. Ironically, while this self-inflicted leadership crisis and the revolt it has sparked are bringing out the beast in us, as the late Afrobeat maestro Fela Anikulapo-Kuti remarked in his epic song, “Beast of No Nation,” it has also re-ignited Nigeria’s democracy candle light, which had been dwindling.

Unprecedented surge in youth’s participation in the electoral process

Nigerian elections normally see low voter turnout, but political observers claim that this time around, the nation’s economic problems and insecurity may encourage more people to cast ballots. Many Nigerians, especially the youth, who make up over 70% of the population and have been forced to hold the short end of the country’s democracy stick, have decided to take their fates into their own hands by making sure that their votes not only count but also are cast in the appropriate ballot boxes. In order to prepare for a presidential election in February of next year, Nigeria has added more than 10 million new voters to its electoral rolls, the majority of whom are young people.

Why 2023 election in Nigeria is very critical like no other

An climate tainted by rage has been produced by diminishing possibilities, increased insecurity, and a gloomy economic outlook. A rising number of political zealots and fanatics have been inspired by this rage. When politics are involved—and what else is at stake these days but the 2023 elections—there is a palpable sense of fury on Nigerian social media sites. A toxic brew of radical, utopian politics, where intimidation and animosity are the rules of interaction, have emerged in the social media ecosystem as a result of discontent with the political elite. Tolerance, representation, and openness are presumptions of democratic politics. On social media, Peter Obi’s (the Obidients) and Asiwaju Bola Ahmed Tinubu’s (the BATists) supporters have, however, developed into irrational political fundamentalists or zealots. Their perception of reason, the expression of public feelings, and representation are all called into question by the violent hostility and intimidation. Yes, the general election of 2023 is significant.

The winner in 2023 might find it difficult to gain a majority in the National Assembly. The crucial question of legitimacy is present there. Whoever wins in 2023 will leave behind a fiscally poisoned chalice. He will have to deal with the terrifying reality of a technically bankrupt economy. It is important to highlight that Nigeria’s bonds have ‘junk’ classification for the first time since 1960! Even throughout the civil war, this didn’t occur. With the cooperation of all parties, the unions, and civil society, the then-prime minister, Sir Abubakar Tafawa Balewa, developed “Austerity Measures” in 1962 in response to an existential economic crisis brought on by declining commodity prices. The pinnacle of democracy in Nigeria continues to be this national democratic consensus. For the work at hand, securing a strong majority in the National Assembly is crucial. How would a leader who won office with less than 37% of the vote “mobilize the country” to enact difficult, even cruel, reforms?

Detailed analysis of the 2023 presidential contenders

The following individuals will run for the Federal Republic of Nigeria’s highest post, that of president, in the general elections in Nigeria scheduled for 2023. Let’s have a little introduction to each of them.

Adewole Adebayo, a Nigerian attorney and the creator of KAFTAN Television, was elected in the Social Democratic Party’s (SDP) national convention, held in Abuja, as the party’s presidential flagbearer for the 2023 general elections.

Christopher Imumolen, a professor, won the Accord Party’s nomination for president in the 2023 general election. Imumolen is the creator of the non-profit, non-governmental Joint Professional Training and Support International Limited and UNIC Foundation.

Atiku Abubakar, a former vice president, won the People’s Democratic Party (PDP) primary election on May 28 at the Moshood Abiola National Stadium in Abuja with the most votes, securing the party’s presidential nomination. During Olusegun Obasanjo’s presidency in Nigeria from 1999 to 2007, Atiku held the position of vice president. He had attempted to run for president five times without success: in 1993, 2007, 2011, 2015, and 2019.

Malik Ado-Ibrahim, a son of the Ohinoyi of Ebiraland in Kogi State, became the Young Progressive Party’s presidential candidate (YPP). Malik is a businessman and the founder of the One team Arrows A20 and the Reset Nigeria Initiative.

Dumebi Kachikwu, the founder and CEO of Roots TV Nigeria, was chosen as the African Democratic Congress (ADCpresidential )’s candidate during the party’s June 9 presidential primary election in Abeokuta. Kachikwu wins the ticket over Kingsley Moghalu.

The Peoples Redemption Party (PRP) candidate, Kola Abiola, the eldest son of the late Moshood Abiola, was elected after winning the party’s primary.

Omoyele Sowore resigned from his post as the African Action Congress’ national chairman to take on the role as the party’s presidential flagbearer. Sowore is the creator of the online news organization Sahara Reporters and a human rights and pro-democracy activist from Nigeria. Sowore had previously stood for office in 2019.

Read Also: 5 reasons why business owners should pursue financial literacy at all cost in Nigeria

In the National Rescue Mission’s (NRM) primary election, which was held in Abuja, Okwudili Nwa-Anyajike won.

At the national convention and presidential primary held in Asaba, the capital of Delta State, on May 30, following Pat Utomi’s resignation, former governor of Anambra State Peter Obi was elected as the Labour Party’s standard bearer for the 2023 presidential election. Shortly after quitting the Peoples Democratic Party (PDP) and withdrawing from the party’s presidential primary, Obi joined the LP. In the general election of 2019, he served as the running mate of former vice president Atiku.

The New Nigeria Peoples Party (NNPP) has officially announced Rabiu Musa Kwankwaso as its presidential candidate for the general elections of 2023. He previously served as governor of Kano State. At the NNPP’s extraordinary convention, which was held in Abuja on Wednesday, June 8, Kwankwaso, a former governor of Kano state and the party’s lone presidential hopeful, was selected as the nominee.

In the All Progressives Grand Alliance (APGA) primary election, which was held on Wednesday, June 9, Peter Umeadi, a former chief justice of the state of Anambra, won the nomination for president.

Yusuf Mamman Dantalle, national head of the Allied People’s Movement (APM), was chosen as the party’s nominee for president in the general election of 2023. The party’s lone presidential candidate, Dantalle, was chosen by delegates in the primary election on Wednesday, June 8, 2022, in the secretariat in Abuja.

Given what Nigeria has experienced as a country, this is a question that many Nigerians have wondered about. At this crucial and delicate juncture in our country’s history, it is expected of every Nigerian to be impartial. It’s time for all of us to avoid partisan politics and sentiments in order to cast our votes “with our two eyes opened” and with clear thoughts.